We traveled in Vermont a couple of weekends ago to visit our friends, John and Lindsay. On our way to visit them, we made a few stops. Our first stop was Harpoon Brewery and the Harpoon Riverbend Taps and Beer Garden, located in Windsor, Vermont. 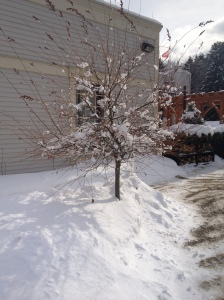 Years ago, we visited the Boston location of Harpoon, and knew they were different from one another but uncertain as to how. The Vermont Brewery has a full restaurant, with a long bar, multiple tables and a nice fireplace.

We sat at one of the tables near the bar, where we could see the full beer menu behind the bar and the tap handles. 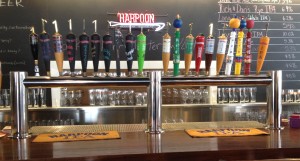 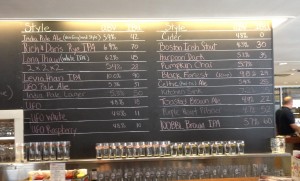 We ordered appetizers and a beer sampler. They had two sample trays to choose from. We choose the tray we had tried less of in the past. 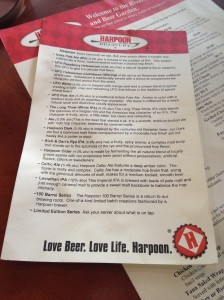 The Long Thaw (White IPA): 6.2%, 45 IBU. Spiciness of a Belgian Wit, and the American Hop characteristics of an American IPA

**Beer Tasting Extra**
We mentioned we would be interested in trying this one, and our waitress was great and brought us a little taste:
Pumpkin Chai: 5.7%, great pumpkin smell. Good balance of chai and pumpkin. Not as pumpkin-y as UFO Pumpkin, however, we considered it a good “late winter, early spring” pumpkin beer- a cozy flavor.

Glasses we ordered:
Kitchen Sink: 7.2%, 35 IBU. At inventory, they took everything they had left and combined it (ingredients that is- not beer!). Medium bodied, tasted lighter than in appeared. Good flavor, but hard to place.

Black Forest: 9.8%, 24 IBU. Interesting cherry and chocolate flavors, but not intense of either. Could be a little more flavorful, but not bad at all. Not as sweet as expected. Not overbearing, but while drinking it, you can tell it is a higher ABV. 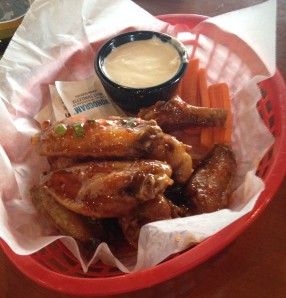 Sweet Chili Wings, from their specials menu.
Crispy wings, then tossed in sauce. Nice zip to them- just spicy enough that you don’t need to dunk them in dressing. Sweet too! 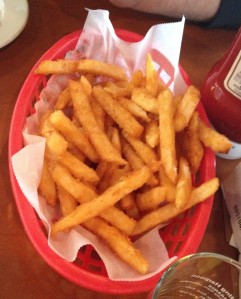 wish I had bought this sweatshirt- it was so soft! 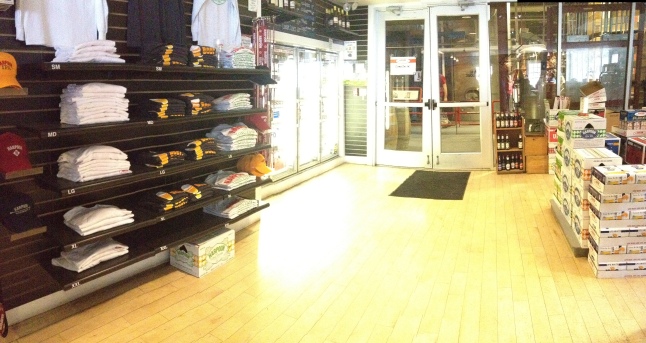 They have a store inside as well, with a giant window and door leading to the brewery. You are welcome to step inside the brewery for a “self-guided tour,” just not crossing through the barriers. Or, you can go on a tour over the weekend: 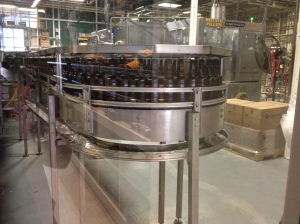 view through the window

Around five, it began to get busy. We finished up around that time and hit the road…