While visiting John & Lindsay, we went to Shelburne Vineyard, located in Shelburne, Vermont. The vineyard has 4 different sites where they grow grapes. 57% of the grapes they use grown by them; that will go up because they have acres of vines that are too young to be used right now. Shelburne Vineyard started with 3 acres of grapes planted in 1998 as a retirement hobby. In 1999, 3 more acres were planted, and in 2000, a partnership was founded. In 2001, the first vintage was released. In 2008, their tasting room opened, and is ready for you to visit today! 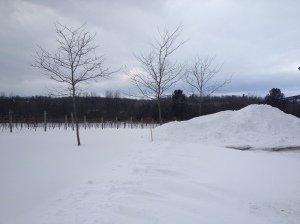 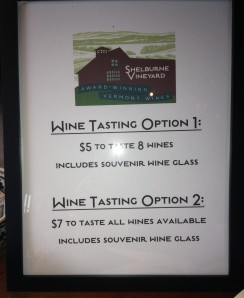 2012 Louise Swenson
Sweet but dry, “drier than most reds”

2012 Cayuga White
Blend of Cayuga, Riesling and chardonnay. Definitely drier than most Cayuga that we have tried. 30 Different local restaurants have this as their table wine. 15 of those restaurants have it on tap!

2012 Lakeview White
This is their top selling wine. Lindsay thought it was easily drinkable due to sweetness, it is almost like a juice. An off dry Cayuga with chardonnay and Riesling.

They have 2 Rieslings, a Vermont (comes out in April) and a New York (their current offering)

2012 Riesling Honey and melon flavors. It was sweeter than Mark expected it to be.

2012 Cabernet Franc This was bottled in December. Dry medium body aged in oak. It had a fruity, cherry and blackberry, and a peppery bold taste. This was our favorite of the 2 reds.

2012 Marquette This is the leading red grape grown in Vermont. It was aged 8 months in an oak barrel, then 1 year in the bottle. Seemed a little drier than the first red.

Artesano is a new meadery in Coulchester, which opened in January of 2014. Since they are fairly new, they are utilizing the ability to offer their meads at the Shelburne Vineyard.

2012 Rhapsody Ice Wine Harvested in December/January in the early morning. Much sweeter than Vidal Blanc. We enjoyed. 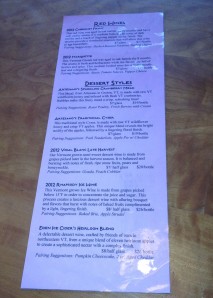 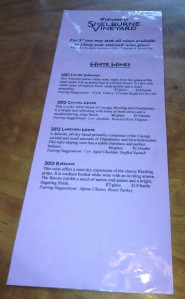 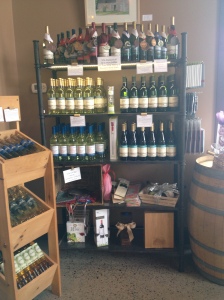 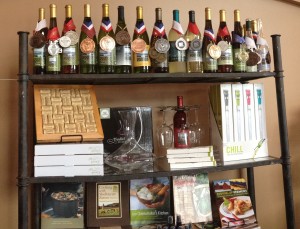 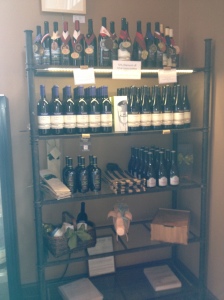 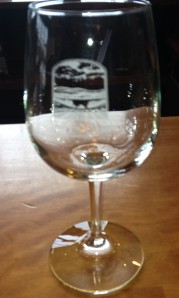