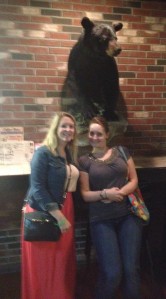 The Bear Brew Pub is in located in Orono, ME. Orono is a small city in mid Maine, mostly known for being home to the University of Maine. We went out to dinner while visiting Amanda and James who live a few towns over. We had read a few reviews that said it was more of a college bar, beer and pizza, makes sense. We enjoyed it, wasn’t that crowded when we were there, and the beer was good as well as their pizza. 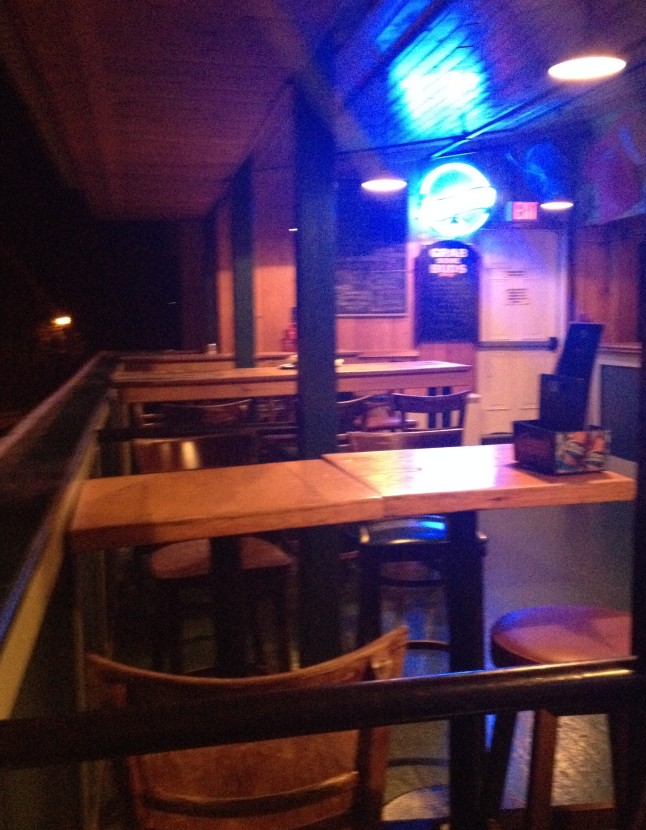 We decided to sit upstairs on the deck which was nice. Sometimes they have special events up there, they were doing a wine tasting the next day. 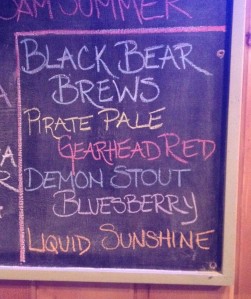 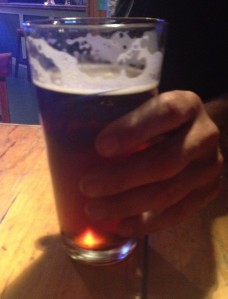 Gearhead Red – ABV – 4.5%
Megan and Mark both liked it, and Megan isn’t usually a Red fan. James liked it as well, he thinks it’s hard to find a good red, and this one is.

Liquid Sunshine – ABV – 5.1%
A good hefeweizen. Amanda thought it was really bright. Mark liked it as well, a good, mild flavor, not overbearing.

They are well known for their brick oven pizza’s, so we decided to try them.

our hosts for the weekend, and our dinner dates. James and Amanda

Mark had a feeling there was something worth looking into. At brewpubs you tend to get less information about the business from waitresses. We looked on the website, but there is no real info about the business or the history, so he did a little digging. Tim Gallon and friend Matt Haskell were working at Bear Brew Pub while in college at U of Maine. The owner, Milos Blagojavic, was ready to sell and Matt and Tim bought the business. They took over Bear Brew Pub in 2002. They learned to brew and run the business while working there. Eventually, Tim decided he needed more space and equipment if he wanted to establish a serious brewery. Tim sold his share of the business to Matt and established Black Bear Brewery right across the street. This is what made Mark suspicious, very similar names for 2 breweries in a fairly small town in northern Maine. Then, in early 2010, Jim Bence bought Bear Brew Pub from Matt and renovated and revived the Bear Brew Pub.